In wake of the urbanization challenges distressing cities worldwide, smart cities have increasingly become a popular narrative of modern urban planning. The efforts for turning cities into more livable, intelligent and resource-efficient places is lucrative in the view of governments, urban planners, policy experts, and of-course the Information and Communications Technology (ICT) industry because of the potential for increased business opportunities. Experts believe that technology with its advancements and innovations in recent decades is fully capable of offering solutions for conventional urban challenges, improving our lifestyles and achieving sustainability.

The common tales of cities facing difficulties stemming from urbanization led difficulties feature several factors. They include surging demand on infrastructure and services, mobility constraints, housing backlogs, limited access to clean water, rising pollution levels, waste management, and environmental sustainability amongst others. These challenges are no different in the case of Saudi Arabia. The world’s largest oil exporter has witnessed a steep rise in urban population (over 83 percent of the population now lives in urban areas) and infrastructure demand resulted from a tremendous economic growth during the 1970s following the oil economic boom in the region.

To overcome the above challenges, Saudi Arabia is keen to explore new opportunities and ways to revitalize the quality of its major cities. In a recent move, the Ministry of Municipal and Rural Affairs (MOMRA) launched the nation’s first smart cities program – an ambitious initiative by the government to drive smart transformation in Saudi cities to enter the digital age. According to MOMRA, in the initial phase of the program, 17 selected cities comprising almost 72 percent of the Kingdom’s population have been selected for carrying out smart urban projects.

This historic demographics of Saudi cities holds great significance not just for deciding the fate of rapidly urbanizing cities but also for its potential contribution to achieve Saudi Arabia’s medium-to-long term vision 2030 for achieving sustainable economy. Within the framework of this vision and the national transformation program (NTP) 20201, Saudi Arabia aims to improve its infrastructure and achieve higher levels of urban livability. This effort will be supplemented by a US$ 500 billion worth investment which will be focused on modernizing the infrastructure of the existing 285 municipalities across Saudi Arabia2.
The above scenario highlights the laudable efforts being geared towards achieving urban sustainability across the Kingdom by getting in line with globally proven initiatives. The new smart cities program is indubitably one of such befitting initiatives with potential to advancing Kingdom-wide urban development as well as making significant contributions to global efforts to achieve sustainable development goals (SDGs).

Why Local Governments are of key importance to urban transformation
So far, much debate on the Kingdom’s smart cities program has been confined to the use of technology and its effect on service delivery. Technology is certainly important but just one of the components of smart cities. Urban transformation must be seen as a much larger and inclusive agenda of development that views a smart city as a living environment wherein technology is complemented by effective governance.

Here one cannot ignore the role of local governments (LGs) which is probably more significant at ground level than the central government’s efforts. LGs embrace a major role in setting grounds of smart governance at local level, leveraging a city’s economic strengths, and implementing agenda for sustainable development.
LGs act as gate keepers of a city and fulfill a wide range of functions ranging from defining urban policies, carrying out physical development to supporting central and regional governments in implementing national priorities. They can provide a clear knowledge and picture of the local dynamics, culture and socio-economic characteristics which are essential to build a foundation for successful interventions. The intimate and localized understanding of a city’s neighborhoods helps to identify areas in need of technological upgrades and the best customized solutions to tackle existing problems.

In the developed world where technology has already made its way into different spheres of life, LGs have increasingly come to rely on smart technologies and ICT solutions in day-to-day urban service delivery. This has resulted not only in the efficient use of resources but also has achieved improved urban lifestyle and enhanced citizen connectivity. Popular examples include global cities such as Tokyo, London, New York, Zurich, Paris, Geneva, Basel, Osaka, Seoul, and Oslo which showcase a great deal of success in the smart transformation of cities.

Potential roles that Saudi LGs could embrace in supporting new Urban Agenda
Although the new program broadly outlines the design and initial plans for the selected cities, it falls short of reflecting upon the current state of local entities in selected cities, their existing capacity, and ability to support its implementation. The new urban age of Saudi Arabia should consider which roles LGs can assume in achieving the development and success of smart cities.

Similar past experiences worldwide claimed that crucial interventions of local governments can certainly act as a launching pad for smart cities success.
Crucially, community awareness will be at the core of building smart communities. These include civil society, academia, business community, social groups, on-Government Organizations (NGOs) and young entrepreneurs’ engagement in the process of development. The stakeholders must be encouraged to provide feedback on pilot programs, suggest what initiatives they would like to see in their city, and finally establish how can they assist the LG departments to implement smart ideas.
Social inclusiveness is an equally important aspect besides raising awareness. The creation of a smart and sustainable city would largely come from the meaningful engagement of citizens of all genders, age, and income groups.

The detailed mapping of existing physical infrastructure: roads, utilities, electricity, public health services, and social infrastructure in the selected 17 cities should be the foundation for the subsequent efforts. The municipalities must take the lead in collaboration with the private sector, ICT firms, app developers and the Research and Development (R&D) sector.

The extent of the integration of a city’s infrastructure and services into the daily operation of a city determines to a large extent how smart the city is. Such integration efforts to establish city-wide connectivity of local ministerial branches, and effectively manage the multiple stakeholders involved in the smart city transformation, must be led by the municipalities. Effective management of services leads to efficient resource utilization, saves public expenditures and improves the overall quality of urban service delivery. The ICT network’s integration will allow data integration, improve coordination and citizens’ access to government services including real estate, industrial manufacturing, utilities, waste management, safety and security, health care, education, and mobility.

One of the challenges witnessed globally in course of implementation of such projects is the sustainable financing for smart cities. Here again LG has a role to lobby for grants and sourcing seed money for smart projects. The municipalities and ministerial branches should identify opportunities for public private partnerships wherever possible in a bid to develop long-term financing modes and ensure that the implementation of new projects has not been hindered by financial constraints. Strong control systems must be set in place to ensure that citizens are not defrauded.

At regional level, the support may include facilitating financing from the central government and overseeing the progress of local projects. An efficient monitoring and regulatory framework at regional level is crucial to such initiatives for young entrepreneurs. The new startups should be given a nurturing environment, under government support, allowing them to take risks and realize their business ideas.

Smart urban planning is undoubtedly the key to smart city development. This implies that municipalities must opt for smart, innovative and efficient ways to carry out planning functions including land use planning, infrastructure development, zoning, creation of public spaces, housing and expansion of services, maintaining heritage sites, improving environment, and encouraging public participation at local level amongst others. Key Performance Indicators (KPIs) should be developed in each sector to measure progress towards well-defined objectives. Countries such as Singapore, which have been pioneers in the ICT cities revolution, attribute urban planning as a critical component of making cities smart3.

In order to succeed
The development of urban planning and management practices is highly imperative and requires local authorities – the real drivers of change – to be equipped with adequate powers and resources. This includes local autonomy, clear definition of roles and functions along with financial and technical capabilities to perform in a smart manner. Like many other countries struggling with implementing smart cities agenda, local institutions in Saudi Arabia has been constrained by the above prerequisites.

As identified through research by the Center for Local Governance, most Saudi municipal Councils lack both sufficient budget to perform their function as well as exercise control over it. Such budget constraints, coupled with Councils’ inability to spend it in a best possible way, leaves a big question mark for sustainable financing of smart projects. In stark contrast with countries such as Australia and Canada, where Municipal Councils largely rely upon their own-raised revenue, Saudi Municipal Councils receive their budget from the MOMRA and administrative employees from Amanahs (regional municipalities).

Regional Councils also suffer from inadequate budgets to conduct their own research or control the regional budget to determine development priorities. This indicates the need of reforms across the local institutions to empower local bodies with more administrative and financial autonomy required to gain success for smart cities program. In addition, the clear distribution of tasks and minimizing of inter-jurisdictional conflicts among the implementing agencies will be the first challenge.

A smart city is an ambitious goal to achieve. For cities to succeed to enter the digital age requires together with national vision and effort, the effective participation of local authorities to localize national agenda by carrying out smart interventions at neighborhood level. An adequate capacity and autonomy of local authorities is key to bringing sustainability to urban areas. In the realm of the limited capacity of local institutions to lead such efforts, any Saudi smart cities program must be supplemented by well-functioning local government in order to pave a smooth path to its success. 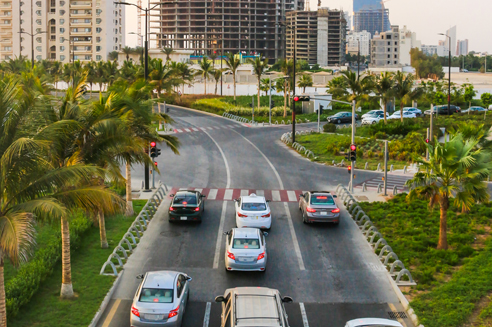 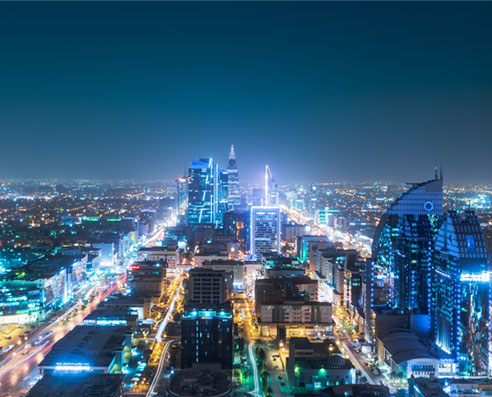 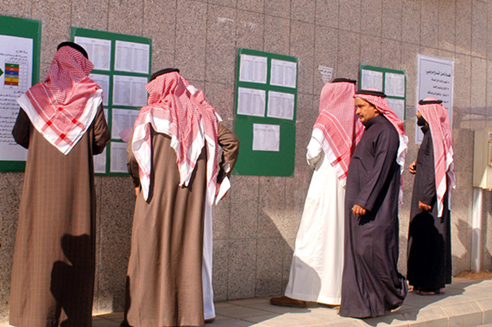 A Handbook to Support Municipal Councilors in Their Work